Four men in white stood around empty massage chairs waiting for "customers" in the mall. 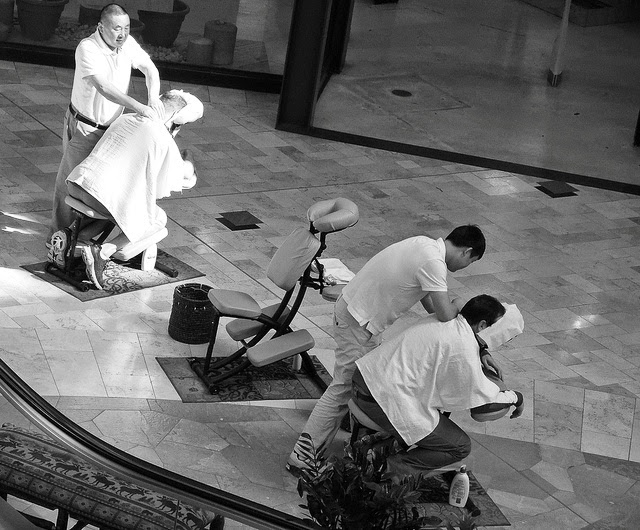 As soon as my husband and I even looked their way they began motioning us to come to the chairs. We weren't quite ready for that!

Instead we walked over to them and asked what language they spoke. Whatever their answer was, we could not understand them. They appeared to be Oriental. Further communication seemed impossible. 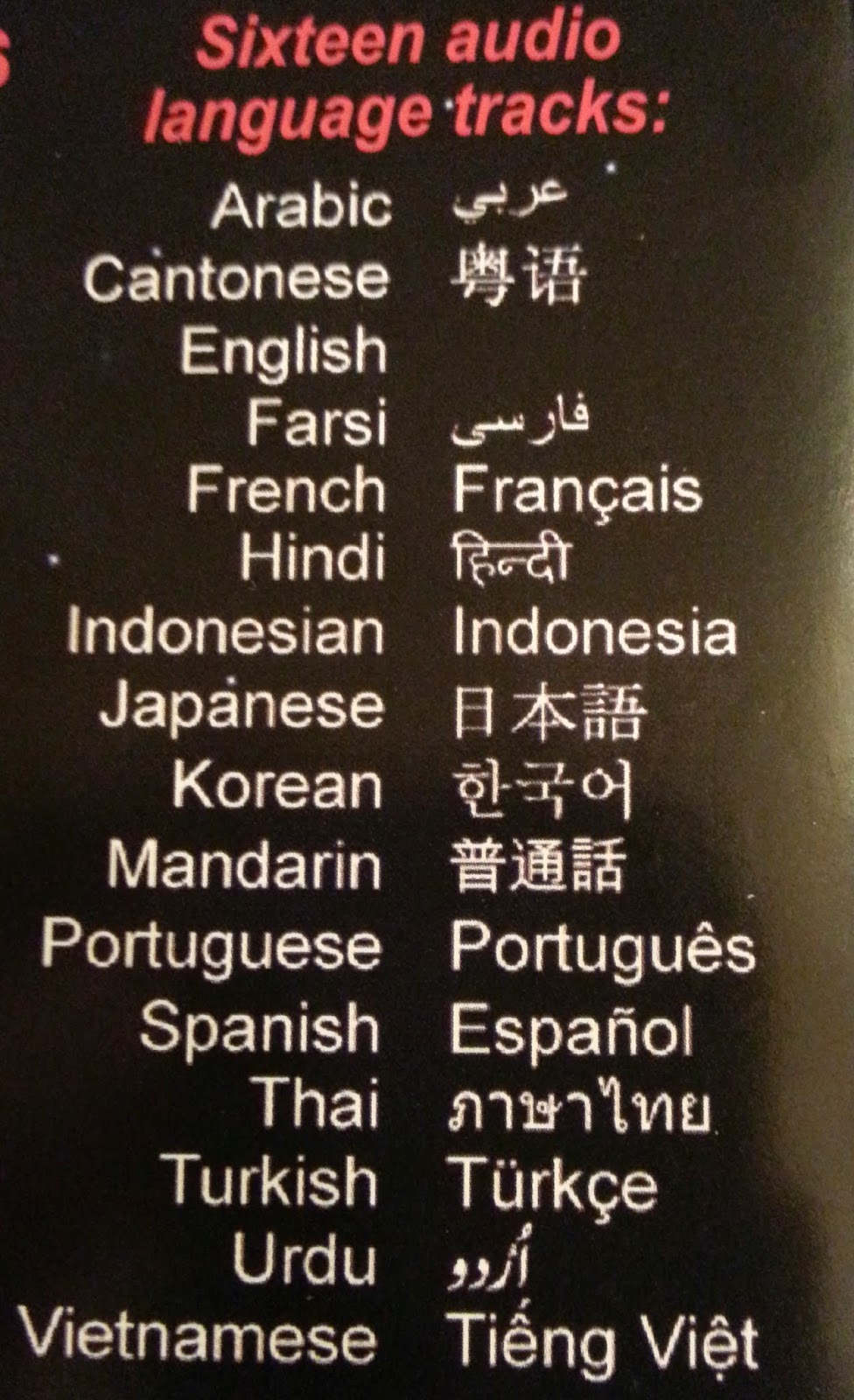 Then I took out a Jesus DVD that is used to win souls around the world. I turned it over to show the many languages the film could be seen in. I pointed to Chinese, Taiwanese, Japanese, Korean, and more, speaking the names of the languages and asking if they spoke any of them.

All 4 came around to look and excitedly pointed to Cantonese.

I grabbed 3 more DVD's and handed one to each, saying "Happy Birthday". They seemed thrilled, smiling and talking rapidly to each other, even though they could not speak English to me.

An amazing thing happens at the end of the Jesus film. After the story of the whole life, death, and resurrection of Jesus, an “altar call” is given with an invitation to pray and receive Jesus as your own Savior. May God draw these men to receive this wonderful Savior Jesus as their own.

Going to malls to witness is one of the easiest ways to find people who need the Lord. They are everywhere, all kinds, from all over the world. The key is to pray for the Lord to lead you. 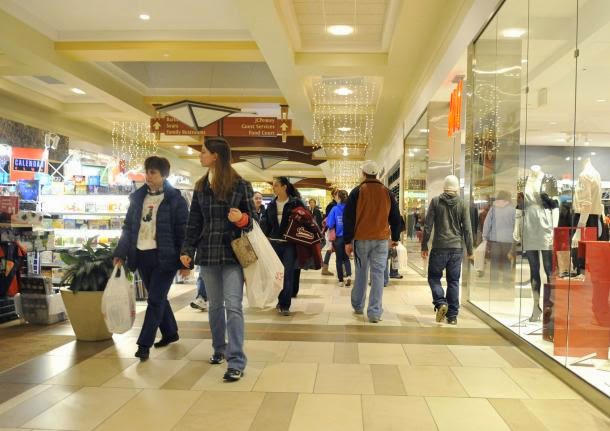 In just a short time I had gone to Israel and China! I was blessed at the opportunity with these four Chinese men, since I had just experienced two rejections. I had spoken with a young man and a young lady, working at two different kiosks in the mall. Both were from Israel and spoke Hebrew and limited English.

I was able to introduce Jesus who walked through the streets and villages of Israel, even attempting to mention the Messiah. However, they were kind, but refused my tracts. I prayed that the Spirit of God would remind them of even the little I was able to say to them. Seeds were planted that the Lord can water.

We don’t witness to every person we see. Neither do we give tracts to every person we pass. The security guards would soon move us on if we did that. Yet in the midst of that swarming mass of humanity are individuals with problems and certainly in need of the Gospel.

After strolling through the mall for awhile, just looking and praying, I felt led to take a seat in an area where a Muslim appearing woman, child and 10 yr old daughter were relaxing.  Soon I smiled at the little one and tried to get a response from her. Soon the mother was telling me about her and a conversation got started.

We chatted about children and eventually I smiled and told her I wanted to give them a special gift. Their eyes opened wide. I asked if they spoke another language besides English…. Guess what….ARABIC!!  I was thrilled to hand them the Jesus DVD that had Arabic as the first language on the list!!! They were appreciative and waving as we left. Dear Lord.... may the message reach into their hearts!

I walked past the Chick-Fil-A in the food court and noticed the girl at the counter. I began to chat and learned she was a Filipino. Soon I was able to give her one of the DVD's. Passing by an Oriental Food place I accepted a sample piece of Orange Chicken from a nice Chinese lady. It was very tasty! I thanked her and offered her a gift of a Jesus DVD that included the Cantonese (Chinese) language. She couldn't believe i was giving it away and was happy to know her language was on it. I was also able to leave one with the other worker.

We walked further and stopped to sit at a table just “waiting” and “watching.”

Bob noticed a lady all by herself a bit away from us. We were just drawn to her and waited our time until she got up to leave.

I smiled at her as I reached for a DVD, and she slowed down and smiled back. I signaled to her to wait and I went to her and told her we noticed her enjoying her pizza. That got the conversation started.

She was sad and said she had just come from burying her beloved dog and came here to just be quiet.

It was a wide open door and we stepped in with the comfort of Jesus who cares about her and wants to be her best friend. We were able to show her that just knowing about Jesus wouldn't get her to heaven.  Even the devils know all about Him, and they aren't going to heaven. She agreed with a smile and seemed very interested in continuing the conversation. I told her how she could be saved.

After she shared some things from her recent past I felt I needed to tell her that when Jesus becomes your Savior and Lord He will take you away from sin. If you give your life to Him you will have power to live a different life.

It was amazing, as I began to quote a scripture, to hear her quote it with me.."If any man be in Christ he is a new creature; old things are passed away, behold all things are made new."

She told me she would go home and watch the Jesus DVD WITH HER MOTHER tonight and would pray to be saved at the end. Praise the Lord!

Lord, only you know what will come of the seeds we planted today. Our longing is for much fruit to grow as the Holy Spirit waters those seeds, and perhaps sends another Christian along to do some additional watering. Maybe that will be you!

LET ME TELL YOU ABOUT SOME EVANGELISM TOOLS THAT I LIKE TO USE.

Some are from Go! Evangelism. They have one tract message with four different covers. It is a great presentation of the gospel and how to get saved. Each tract costs less than a candy bar and can bring eternal life to a lost soul.

You can see the four covers and inside the tract here:  http://www.gospeltracts.org/ss/kjv.html

I also use the Million Dollar Gospel Tract from
http://www.shop.onemilliontracts.com/Million-Dollar-Bill-President-Washington-100-ct-pckg-mdb-wash.htm

It is rare that anyone rejects this tract. Most people smile and receive it happily.

Then, there is another tool that we have learned to use effectively for the Lord. Some time ago a friend blessed us with a supply of the Jesus Film DVD that is a tremendous tool for evangelism world-wide, and now--especially in the “mission field” that has come to the shores of America. 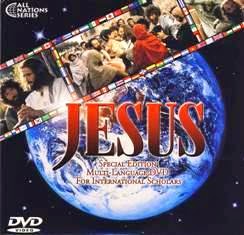 This tool is used by missionaries all over the world to introduce unreached millions to Jesus.
http://www.jesusfilmstore.com/JESUS-International-Scholars-NTSC-DVD/productinfo/ZDVD-AN-ISL-N/

Every eight seconds, somewhere in the world, another person indicates a decision to follow Christ after watching the "JESUS" film.

Whatever tools you use.... GO and take the Gospel into a harvest field that is waiting for YOU.