My burden is for souls to come to Christ.

It is the will of God for sinners to be saved. Jesus already paid a great price for their salvation. He is the sacrificial Lamb who should receive the reward of his sufferings.  Will you help to go get them for Jesus?
Evidently the power of the Holy Spirit is working miraculously to draw the unsaved to Christ.


I just had to post this article that came from:
http://www.christianpost.com/news/entire-mosques-coming-to-christ-in-north-africa-says-former-church-planter-72123/ 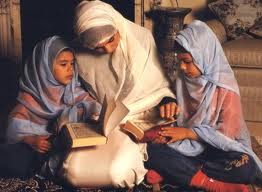 
That news is even harder to wrap one’s mind around, but it is in fact what is happening according to reports from a former church planter among Muslims in West Africa.
In the new book Miraculous Movements, Jerry Trousdale, now director of International Ministries for CityTeam International, records amazing and inspiring stories of faith among Muslim communities in Africa. The author opens up a new world to Western readers, taking them into the heart of the “miraculous movement” of God in Africa that is transforming the hearts of Muslims.
Trousdale writes that “unprecedented” events are happening among the Muslim populations that his ministry and its affiliates are working among, including:
• Multiple cases of entire mosques coming to faith

• Muslim people groups that never had even one church among them now have more than fifty church planted, and in some cases more than one hundred churches – within two years of engagement

• Former sheikhs, imams and militant Islamists making up 20 percent or more of the new Christian leaders in Muslim regions

“We had seven years now in Africa. And of the people in Africa, 81 different people groups that have at least 50 percent Muslim have now significant movements among them.
Of those 81, 45 are people groups with 99 or 100 percent Muslim,” said Trousdale in an interview with CP.
“So we are talking about fairly extreme areas of Islamic influence. These are people who have been Islamic for well over a hundred years, some hundreds of years.”
http://www.christianpost.com/news/entire-mosques-coming-to-christ-in-north-africa-says-former-church-planter-72123/
Posted by Claire Goodwin at 6:25 PM No comments: