THE WORLD AT OUR DOORSTEPS

THEY ARE HERE:
Go ye into all the world...even in your own neighborhood. Your neighborhood or town may now look like "all the world," for that world has now come to your country.

The Walmart cashier, the banker, the patients in the doctor's office, neighbors walking down the street, pushing a grocery cart through the parking lot...wearing a colorful head scarf or veil on the women, robe and skull cap on the men..


Ours is now a different world that
we must reach for Christ.


It has been my desire to tell the Good News of the Gospel to this increasingly growing population. Jesus shed His precious blood for every Muslim and it is His will that they be saved. He is not willing that any should perish.

Although I have witnessed to many different kinds of people through the years I have felt somewhat intimidated about speaking to Muslims. Only recently have I seen so many in the places I frequent, and have felt compelled to reach them. However, I wasn't sure I knew how. I was fearful of approaching them wrongly.

WHAT GOD IS TEACHING ME 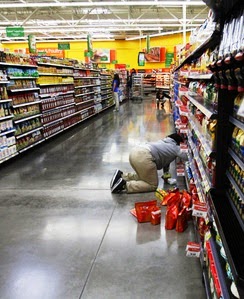 I asked him where I could find a certain product and he led the way to the shelf where it was.  I thanked him. “Thank you very much.” He immediately noticed items on the shelf that didn’t belong there and said, “I do this all day long. People decide they don’t want an item and just leave it wherever they are. All day long I walk these aisles and put things back on correct shelves.” He just kept talking and I did too. “That sure makes a lot of work for you. Thanks…Look at how important you are. We would never find things without your help!” The conversation actually continued for several minutes.


b. A Muslim lady in Muslim garb pushing a half filled cart in Walmart.

She stopped in the aisle where I was shopping. I smiled at her and said, “There are so many choices!”  She agreed and talked about the products. 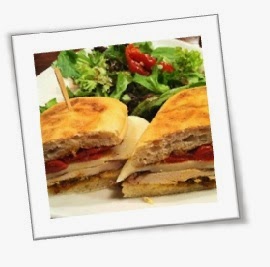 “Are you a Muslim?” I asked.
“Yes” she said, smiling.
“This is your Ramadan time, isn’t it?” I asked
.
“Yes it is.” She replied.
I continued, “Will you be serving something later tonight?”
“Yes, that’s what I’m shopping for.”
“What do you think you will prepare?”
“I think, chicken sandwiches and salad.”
It was an easy, friendly conversation that she readily participated in. We parted as I said, “Happy Ramadan.” She responded positively and we went our separate ways.


HOORAY! TWO FRIENDLY CONVERSATIONS WITH MUSLIMS!
It is terrible that I have felt so hesitant to approach one. Yet, it is not hard at all.

Then, came two more opportunities that took me a step further and thrilled me.

AT A DOCTOR’S OFFICE
Early in this morning I was praying about the harvest field around us…so many Spanish speaking people, and so many Muslims. I asked the Lord to help me to reach into this field for Him. Bob and I are both trying (not hard enough) to learn some conversational Spanish and I prayed that we would come across people we could witness to.  I especially prayed for just the right setting to speak to a Muslim.  It couldn’t be in a passing moment. It needed to be where I might be sitting with them. And as I prayed I envisioned (in my mind) two Muslim women seated near me.

By late that afternoon that picture had drifted from my mind as we entered a doctor’s waiting room and sat down.

Bob went into the office with the doctor and I stayed in the waiting area.

Two women entered, perhaps a mother, and daughter in her forties, dressed normally and sat together one seat away from me.

As I read my Spanish course book, I overheard them speaking a different language. It was too soft for me to make out, but included sounds that did not seem to be Spanish. Eventually I looked over at them and we exchanged smiles. 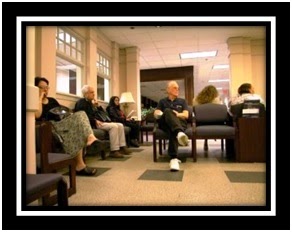 I asked, ”What language were you speaking?”

“Farsi,” the one replied.

I was shocked and amazed that here were two women speaking Farsi, the language of the Middle East, and were probably Muslims. I expressed happy surprise to them that I was hearing Farsi, and then asked the key question:

“Are you Muslims?”
“Yes.” The one replied with a smile.
“And this is your Ramadan!”
“Yes..”
Just learning to speak about Ramadan, I asked, “How is it going?” Her reply caught me off guard, because I certainly wasn’t trying to make her think I was ‘checking up’ on her fasting faithfulness.
She said, “Well I haven’t fasted yet…” and explained “there are three days that we must fast…” and she seemed to imply that perhaps her health didn’t allow the complete time of fasting.
I quickly moved from the fasting to…. “But even when you do fast, you eat something later in the day?”
It was her chance to explain the hours for fasting, and then for eating later. I was concerned that my time was running out and she might get called into the doctor’s office so I moved forward.
“It was so nice to hear you speak Farsi. You may be surprised, but I think I have something in Farsi.”

With that I reached into my purse and pulled out the JESUS DVD and turned it over showing them the language list that included Farsi. 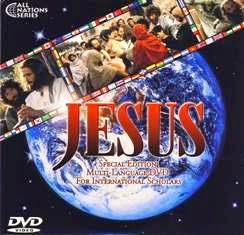 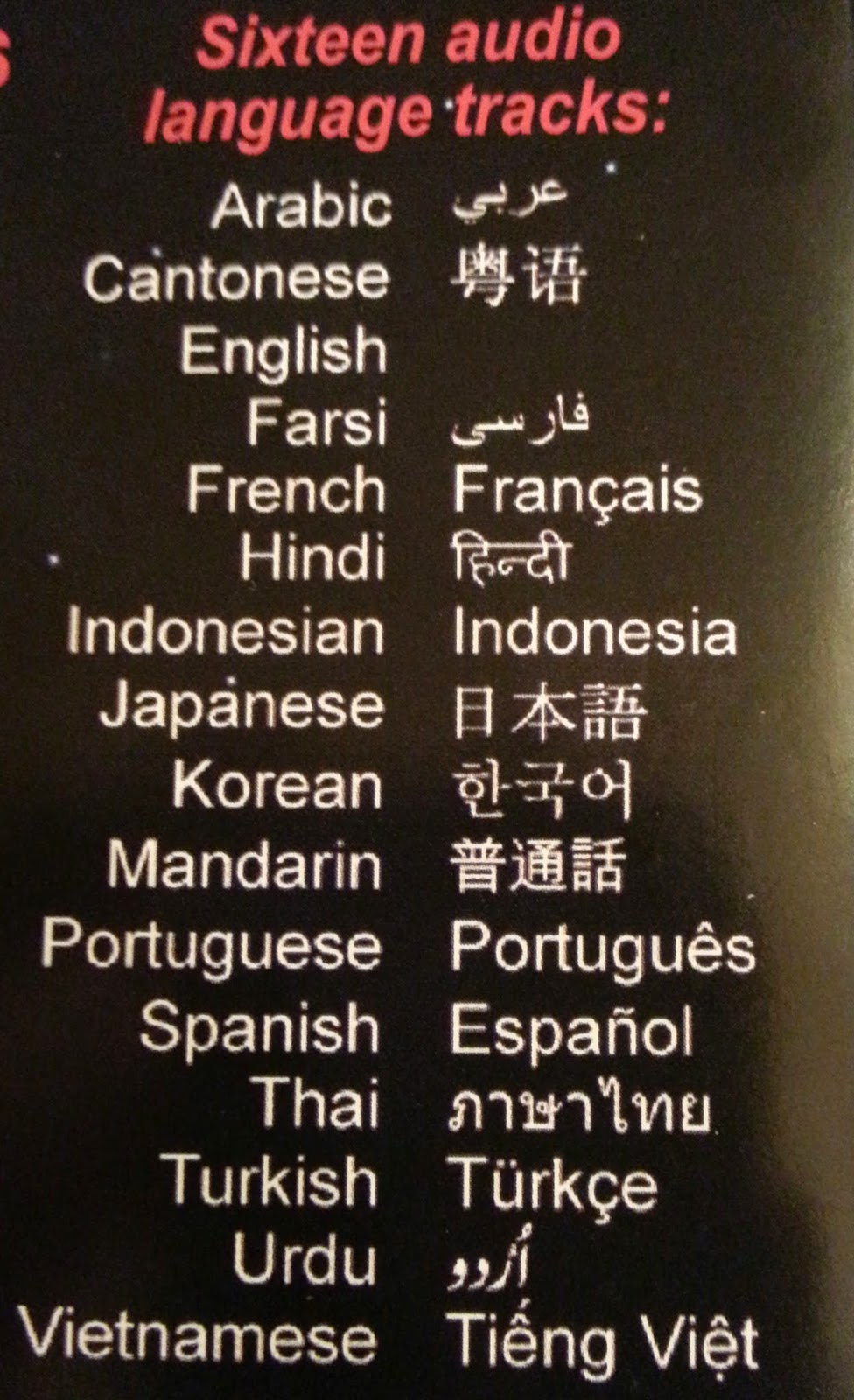 I could tell they were indeed surprised and inquisitive.

“I want to give it to you as a gift.” I announced, handing it to the one lady.
Then turning it over to reveal the large print "JESUS", I said, “It is about Jesus, one of the prophets in your Koran.
It is a wonderful story of his life. You will like it…and you can watch it in the Farsi language.
“Yes! Jesus….Oh, thank you! That is so kind of you…”
The older lady didn’t seem to understand much English, and the younger seemed very appreciative and thankful to receive it.
Bob came out and it was time to leave, but I introduced Bob to them. The one lady reached out her hand to me inquiring, “And what is your name?”   I told her “Claire” and she again said “Thank you so much” with genuine looks of acceptance as we left.
I wanted to jump, shout, and holler “Praise the Lord!”I finally was seeing the wall break down!

But the day wasn’t over yet.

At a Chinese Buffet, I gave the JESUS DVD to our young waitress who could hardly even speak enough English to tell me how long she had worked there. She didn’t even understand when I asked her what language she spoke. So I took out the DVD and pointed to Cantonese…. No, she didn’t speak that. And then to Mandarin..and her eyes lit up. That was it, and she gladly took it.

We then headed to the bank so I could order more checks. Bob was driving so he just dropped me off and I went in, waited awhile for customer service, until a young man about thirty approached to help me. We took care of business, and I could tell by his appearance that he might be from the Middle East.
At the opportunity I asked him, “Where are you from?”“Well, I happen to be from Persia.” (Persia is Iran)
Again, I felt the excitement of the Spirit urging me on, and asked, “Are you a Muslim.”
“Yes, I was when I came.”  (Later, I thought about that answer and wondered what it really meant.)
“So do you speak Farsi?” I inquired.
“Yes, I do.”
Smiling, I asked if he would speak to me in Farsi and he gladly did so.

At this I told him that I think I have something in Farsi…and began pulling out the JESUS DVD and showed him the back with the language list including Farsi.
“Please accept it as a gift. It is a movie about the prophet Jesus that the Koran tells about. You will enjoy it, especially in Farsi.”
It was my delight to see him receive it with appreciation.

This may not seem to be much to you if you are already witnessing freely to Muslims, but is a new spurt forward for me.  Please share your own witnessing experience in comments below. And here's an old song that echoes my heart:

A SOUL WINNER FOR JESUS

I want to be a soul winner for Jesus every day;


He does so much for me;
I want to aid the lost sinner to leave his erring way,
And be from bondage free.


I want to be a soul winner and bring the lost to Christ
That they His grace may know;
I want to live for Christ ever, and do His blessed will
Because He loves me so.

Posted by Claire Goodwin at 3:17 PM No comments: